Over 70 Years Of Studies Show Vitamin B2 Helps Control Migraine: Why Are Patients Still Being Kept In The Dark?

The United Kingdom, Brexit, and the Wider World – Interview with Robert Oulds, Director of the Bruges Group think tank

Brexit: Why the British People Should Leave the ‘Brussels EU’ With Pride 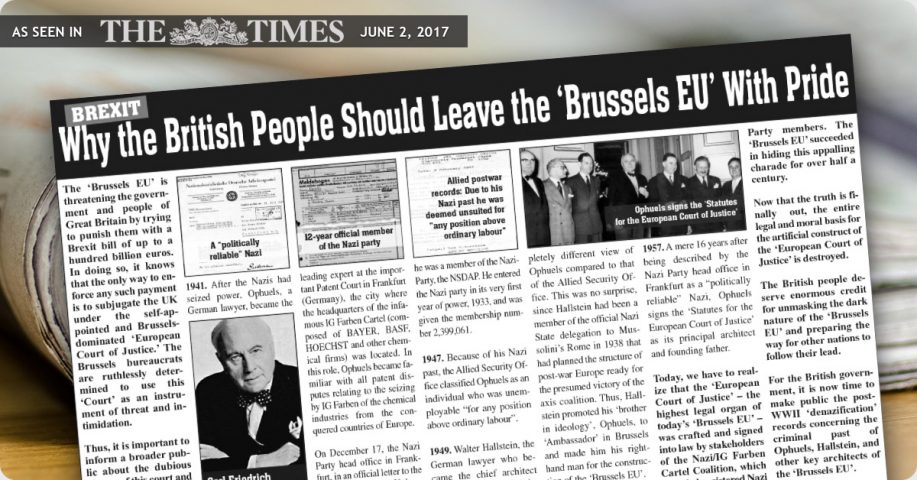 The ‘Brussels EU’ is threatening the government and people of the UK by trying to punish them with a Brexit bill of up to a hundred billion euros. In doing so, it knows that the only way to enforce any such payment is to subjugate the UK under the self-appointed and Brussels-dominated ‘European Court of Justice.’

The Brussels bureaucrats are ruthlessly determined to use this ‘Court’ as an instrument of threat and intimidation. Thus, it is important to inform a broader public about the dubious history of this court and the criminal past of its founders. Its leading architect was Carl Friedrich Ophuels, a German lawyer who had loyally served German industry and the Nazi State during their joint reign of terror between 1933-1945.

The Open Letter published on this page was published by the Dr. Rath Health Foundation in the London Times on 2 June, 2017.