The Importance of Micronutrients for Athletic Performance 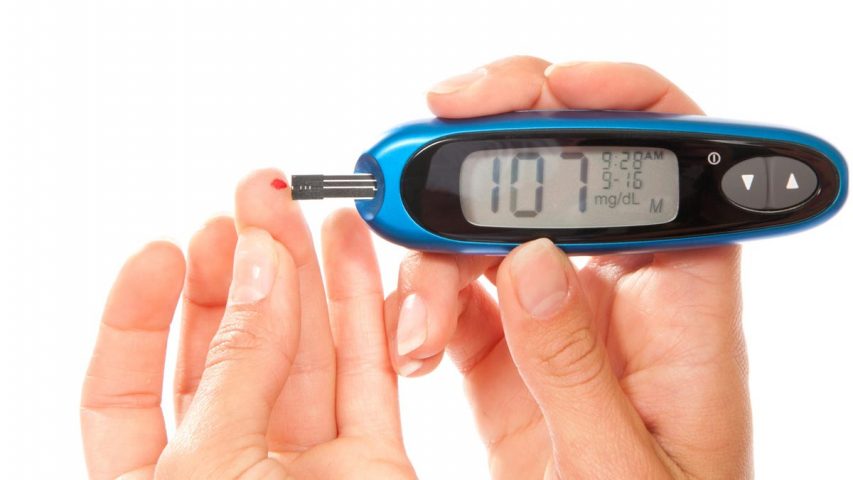 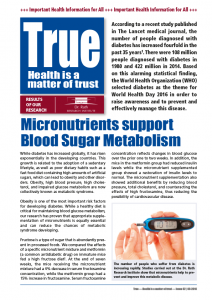 According to a recent study published in The Lancet medical journal, the number of people diagnosed with diabetes has increased fourfold in the past 35 years¹. There were 108 million people diagnosed with diabetes in 1980 and 422 million in 2014. Based on this alarming statistical finding, the World Health Organization (WHO) selected diabetes as the theme for World Health Day 2016 in order to raise awareness and to prevent and effectively manage this disease.

While diabetes has increased globally, it has risen exponentially in the developing countries. This growth is related to the adoption of a sedentary lifestyle, as well as poor dietary habits such as a fast food diet containing high amounts of artificial sugars, which can lead to obesity and other disorders. Obesity, high blood pressure, high cholesterol, and impaired glucose metabolism are now collectively known as metabolic syndrome.

Obesity is one of the most important risk factors for developing diabetes. While a healthy diet is critical for maintaining blood glucose metabolism, our research has proven that appropriate supplementation of micronutrients is equally essential and can reduce the chances of metabolic syndrome developing.

Fructose is a type of sugar that is abundantly present in processed foods. We compared the effects of a specific micronutrient mixture and metformin (a common antidiabetic drug) on immature mice fed a high fructose diet². At the end of seven weeks, the mice receiving the micronutrient mixture had a 4% decrease in serum fructosamine concentration, while the metformin group had a 15% increase in fructosamine. Serum fructosamine concentration reflects changes in blood glucose over the prior one to two weeks. In addition, the mice in the metformin group had reduced insulin levels while the micronutrient supplemented group showed a restoration of insulin levels to normal. The micronutrient supplementation also showed additional benefits by reducing blood pressure, total cholesterol, and counteracting the effects of high fructosamine, thus reducing the possibility of cardiovascular disease.

Conventional Medicine is focused on drugs that artificially reduce blood sugar levels. It does not address the root cause of this ever-increasing disease. Diabetes can be a very profitable industry for pharmaceutical companies, as it produces a variety of complications requiring additional treatments. For example, in another recent publication in the British Medical Journal researchers found a significant correlation between one diabetes drug and an increased incidence of bladder cancer³.

The majority of patients affected by diabetes-related disability are between 15- 69 years old, which puts a tremendous financial burden on society due to medical expenses and lost workdays. According to The Lancet study, the annual global healthcare cost of managing diabetes is estimated to be $825 billion, with the largest cost to individual countries being in China, the USA, and India.

With this background, our study findings give hope that prevention and management of high blood sugar is possible without the devastating side effects of prescription drugs.