The Benefits of Micronutrients in Kidney Cancer 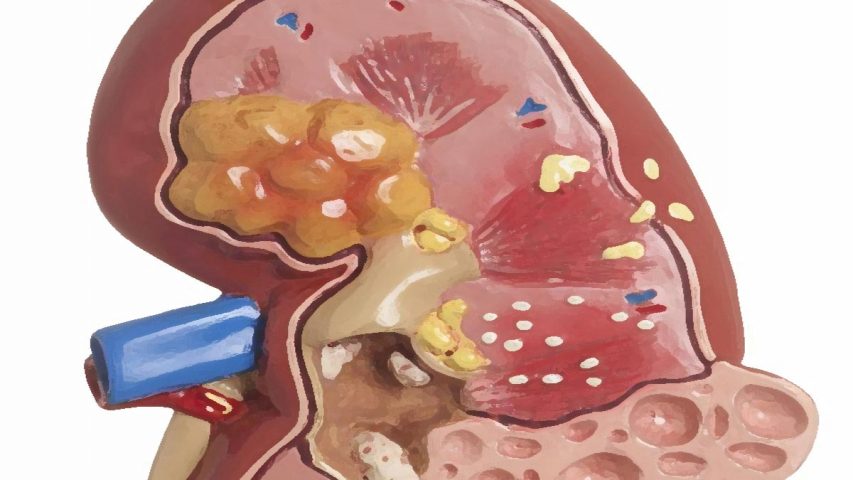 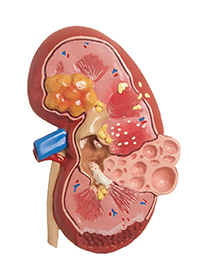 Renal cell carcinoma is characterized by rapid growth and high proliferation potential. Micronutrients play an important role in the control of renal cancer by inhibiting important formation mechanisms and metastatic processes of this cancer.

The kidneys are a part of our urinary system. A pair of fist-sized organs, they are located in the flanks on either side of the vertebral column. The main function of the kidneys is to form urine by removing water and waste products from the body. Urine is then stored in the urinary bladder to be later excreted.

Worldwide, kidney cancer is one of the 10 most common cancers in both men and women. The American Cancer Society estimates 61,560 new cases of kidney cancer will be diagnosed in the US in 2015. Tumors in the kidney can be either benign (non-cancerous) or malignant (cancerous). Since they tend to grow quickly without any specific symptoms, kidney tumors are usually removed before any diagnostic biopsy is done. Males tend to get kidney cancer twice as often as females. Common risk factors include smoking, obesity, and exposure to chemicals such as benzene, asbestos and certain pesticides. Being African American or having a family history of hypertension, lymphoma or kidney cancer, and certain genetic conditions, further increases the risk of developing kidney cancer.

There are different cellular types of kidney cancer. However, renal cell carcinoma (RCC), an aggressive form of cancer, is the most common cell type. Except for blood in the urine, other symptoms such as abdominal, back or flank pain, weight loss and abnormal blood counts, are vague signs and symptoms that delay the diagnosis. In the meantime, the cancer cells spread (metastasize) by breaking away from the tumor, traveling through lymph vessels to nearby lymph nodes or through blood vessels to the lungs, bones or liver. Due to the lack of specific symptoms, 20-30% of patients already have metastatic cancer at the time of diagnosis, reducing the five-year survival rate to 60%.

It is known that cancer cells spread by destroying the surrounding connective tissue using specific collagen degrading enzymes, known as matrix metalloproteinases (MMPs). Therefore, we studied the efficacy of a specific combination of micronutrients, including vitamin C, lysine, proline, green tea extract and others, on RCC cells1. It was observed that this synergistic micronutrient mixture was almost 100% successful in inhibiting the most common types of MMPs in kidney cancer metastasis (MMP-2 and MMP-9). Moreover, in another study we also evaluated the ability of the micronutrient mixture to induce cell death (apoptosis) in RCC cells2. Our results indicated that the micronutrients were successful in inducing apoptosis and reducing further growth of the cancer cells.

Since kidney cancers are usually quite large at the time of diagnosis, the most common conventional treatment options are removal of the entire kidney followed by chemotherapy and radiation, all of which are associated with severe side effects. Our studies indicate that micronutrients may be effective in kidney cancer prevention as well as in the natural control of its progression. There is an urgent need for more studies in this direction.