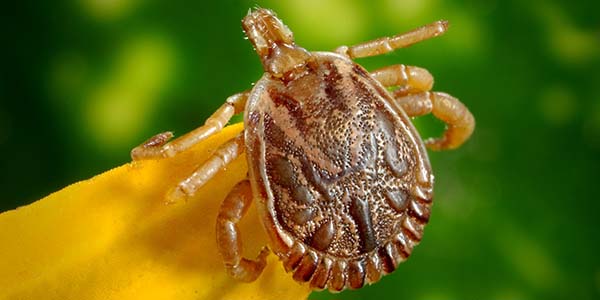 The U.S. House of Representatives has ordered an investigation into whether the Department of Defense experimented with ticks and other insects as biological weapons.

There has long been suspicion that the U.S. Department of Defense has used ticks as bioweapons. Ever since the Dr. Rath Research Institute started its scientific work on the natural treatment of Lyme disease, the most common disease spread by ticks, we ourselves have found it puzzling that a bacterium with such widespread and devastating consequences as Borrelia, the cause of Lyme disease, could somehow have escaped the serious attention of medical researchers for more than a century.

While a German physician, Alfred Buchwald, was the first to document Lyme disease in a study in 1883, albeit essentially describing it as a chronic inflammation of the skin, the Lyme disease syndrome as we now understand it was not officially recognized until 1975 when a cluster of cases was identified in the United States. Even today, it remains the case that conventional medicine has no reliably effective treatment for the illness. Significantly, therefore, evidence suggests that the 1975 outbreak, which occurred in the town of Lyme, Connecticut, may be linked to biological warfare experiments being carried out nearby by the U.S. government at the time.

To learn about the hidden history of Lyme disease and its links to biological warfare research, see this article on our website.