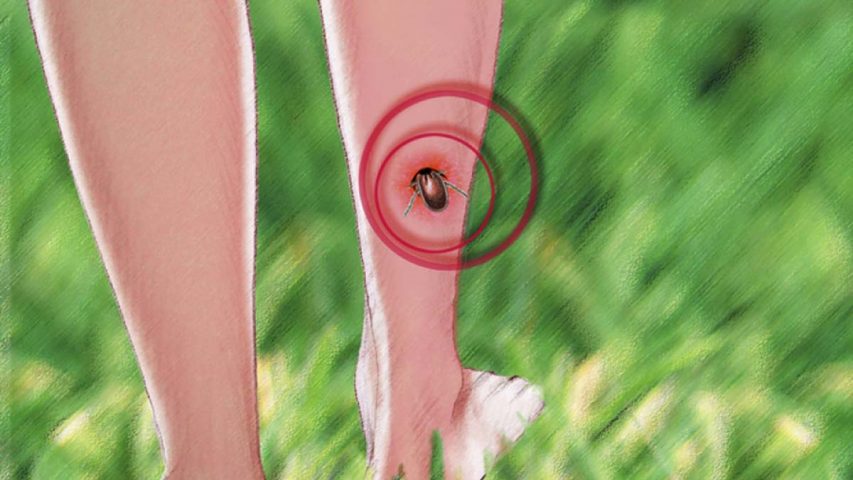 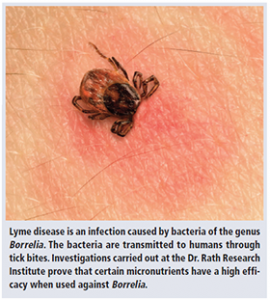 Lyme disease manifests itself as an inflammatory disease that can affect many organs in the body. In its early stage (localized) it affects mainly the skin. In later stages (disseminated and chronic) the inflammation spreads to the joints, nervous system and, to a lesser extent, the heart, muscles or other organs.

The human transmission of Lyme disease starts from ticks, which are external insects that feed on blood sucked from humans and animals. The tick becomes infected by pulling bacteria of the genus Borrelia from the infected host (animal, human). Borrelia sp. exists in three morphological forms which allow them to withstand and survive changing, and even hostile, environments. These are: active form (i.e., spirochetes), and latent forms (i.e., rounded forms and biofilm).

There is a common perception that patients treated with antibiotics in the early stages of Lyme disease recover rapidly and completely, and that the later disease stages can also be treated effectively, although recovery is slower. However, in reality, approximately 10-20% (and even up to 50%) of the patients who follow appropriate antibiotic treatment may face significant, persistent or recurrent symptoms of Lyme disease such as joint and/or muscle aches/pains and fatigue. The symptoms can last for many months or even years, lowering the patient’s quality of life and making subsequent treatments more difficult to succeed. Long-term antibiotic treatments are often associated with serious side effects and are not recommended by many physicians. The fact that these treatments do not prevent reoccurrence of the disease indicates that antibiotics cannot effectively eliminate or disable these bacteria in the body.

In search of an effective LD therapy we have tested 45 natural compounds against two species of Borrelia: Borrelia burgdorferi sensu stricto (the pathogen causing Lyme disease in the USA) and Borrelia garinii (the pathogen causing Lyme disease in Europe), taking into consideration all their morphological forms. The results have shown that all tested compounds inhibited the bacterial growth of spirochetes. The most effective substances that induced the death of latent rounded forms of Borrelia were cis-2- decenoic acid, rosmarinic acid, baicalein, monolaurin, luteolin, and kelp (iodine). Five of the compounds, baicalein, luteolin, monolaurin, cis-2-decenoic acid, and kelp (iodine), could also reduce biofilm-like colonies formed by Borrelia burgdorferi, although only baicalein and monolaurin could reduce biofilm formation by Borrelia garinii. The details of our work can be viewed in our publication in the Journal of Applied Microbiology 2015.