Codex Guidelines for Vitamins and Minerals – Optional or Mandatory? 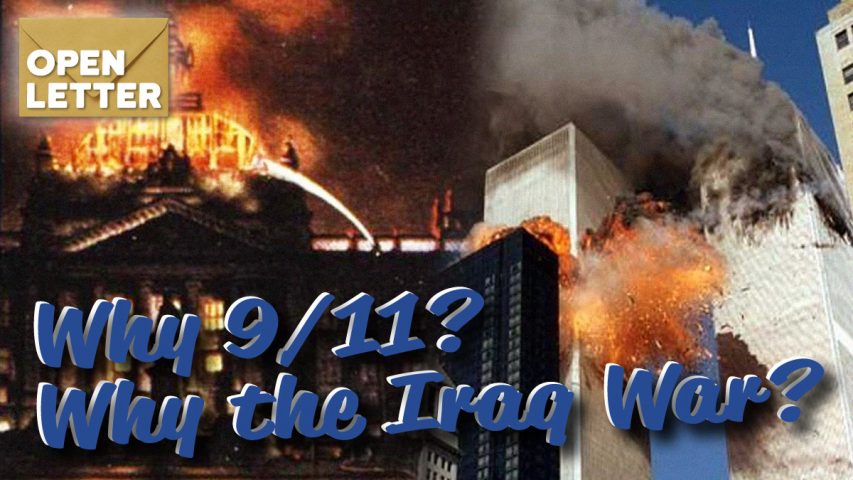 Matthias Rath, M.D. is the physician and scientist who led the breakthrough in the natural control of cardiovascular disease. He is member of the American Heart Association, the New York Academy of Sciences and other renowned scientific organisations.

An Open Letter by Matthias Rath, M.D. to the People of America and the World

One year after his public warnings of the deception by the Bush-Administration about 9/11 and the war against Iraq, everything Dr. Rath predicted has come true. With this deception confirmed by insiders of the Bush Administration during the current 9/11 investigation, Dr. Rath now raises his voice once again to alert the people of America and the world: THE WORST IS YET TO COME!

Did you know that the multi-trillion dollar pharmaceutical industry is

ONLY BY ANSWERING “WHO BENEFITTED FROM THESE TRAGEDIES?” WILL THE ‘9/11 INVESTIGATION’ FIND THE TRUTH!

The motives behind 9/11 and the Iraq war are now evident for everyone and the first dissidents are speaking out. Imagine, what will come to light if the White House is turned over to a new administration. This would be the end of the special interest groups, above all the pharmaceutical industry.

To prevent this they must try to hold onto their power and try to justify their actions retrospectively. This can only be achieved by taking advantage of even bigger tragedies in the future, including the use of biological, chemical or nuclear weapons.

IF THE PEOPLE OF AMERICA DO NOT SAY ‘NO’ TO THESE INTEREST GROUPS – THE WORST IS YET TO COME.

The adjacent ad is an exact reprint of the Open Letter published by Dr. Rath in The New York Times on February 28, 2003 on the eve of the war against Iraq.

The Dr. Rath Health Foundation is a nonprofit organization, dedicated to research and education in natural health.

The heath benefits of vitamins, minerals and other essential nutrients (coenzymes) for the metabolism for every cell have been documented in the textbooks of biochemistry, biology and cell physiology. While these life-saving facts have been established among scientists for decades, they are withheld from the textbooks of medicine, the doctors and ultimately from millions of patients.

This is no coincidence, but the direct result of the ‘gate keepers’ of pharmaceutically-oriented medicine. The economic reason for withholding this life-saving information from billions of people worldwide is obvious: vitamins and other essential micronutrients are not patentable, and therefore threaten the multitrillion dollar pharmaceutical ‘business with disease.’ This investment business thrives exclusively on the patentability of synthetic molecules.

It is the goal of the Dr. Rath Health Foundation to translate this life-saving scientific knowledge into daily medical practice. We and others have shown that the primary cause of today’s most widespread diseases – including cardiovascular diseases and cancer – is long-term deficiencies of vitamins and other micronutrients in million of cells in our body.

For making this life-saving information available to improve the health of millions of people, Dr. Rath and his Foundation have been consistently attacked by the pharmaceutical cartel and its stakeholders in politics. The Bush Administration is attempting to block the global dissemination of this life-saving information even through the United Nations and its sub-organizations, including the World Health Organization (WHO) and the Food and Agricultural Organization (FAO).

In order to protect the interests of the pharmaceutical ‘investment business with disease,’ the Bush Administration is spearheading an international effort to outlaw natural health therapies. Against the interests of millions of Americans and by abusing their tax money, the Bush Administration is attempting to prevent the people of the world from having access to safe, effective and affordable natural therapies.

Every sensible person immediately understands that by implementing this lifesaving knowledge into public health policies, billions of lives and trillions in health care costs can be saved.

The current health care crisis can only be solved with legislation guaranteeing and promoting science-based natural therapies in America and beyond. How long are the American people willing to tolerate the Bush administration’s boycott of global access to natural health?

The decade long criticism of Dr. Rath about the unethical pharmaceutical ‘business with disease’ has recently gained dramatic support from the Vatican. In an official statement issued on January, 29, 2004, the Pope condemned the business conduct of the “pharmaceutical cartel” as “genocide”, particularly with its devastating consequences for the poor.