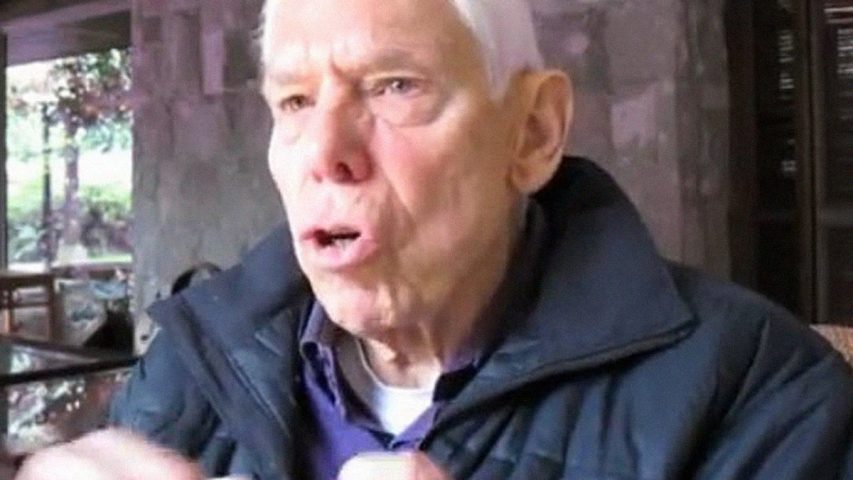 The fictional Major-General who appears in Gilbert and Sullivan’s 1879 comic opera “The Pirates of Penzance” famously sings boastfully about his extremely wide general knowledge. Hardly the most modest of people, he comically claims to know about or to understand all manner of disparate subjects, and repeatedly tells the audience that he is “the very model of a modern Major-General.”

Not entirely dissimilarly therefore, the health freedom movement has recently been subjected to the increasingly bizarre claims of a real-life Major-General, a man who, rather like his counterpart in The Pirates of Penzance, claims to be an expert in all manner of things.

Major General Albert (Bert) N. Stubblebine III (U.S. Army, Retired) graduated from The United States Military Academy (West Point) in 1952, and served in the US Army for 32 years. Starting his career as an Armor officer, he subsequently rose through the ranks to lead troops at every echelon of Army command, and held several senior posts in US Army Intelligence. His commands as a General Officer included the US Army Intelligence Center and School, the Army’s Electronic Research and Development Command (ERADCOM) and the US Army Intelligence and Security Command (INSCOM). Whilst on active duty Stubblebine also redesigned the intelligence architecture of the United States Army, and restructured the Army Intelligence training curriculum. After his retirement from the Army in 1984 he served until 1990 as the Vice President for Intelligence Systems at BDM Corporation, a private defense sector contractor, and then acted as a part-time consultant to two government contractors; ERIM, and Space Applications Corporation (SAC). More recently, and along with his wife, the psychiatrist Rima Laibow, Stubblebine sat on the Board of Canadian Submarine Technologies Inc, and claimed to be the designer of AEGIS, “a major Homeland Security private initiative”.

Given this background, and his resulting proximity to the US Government, eyebrows began to be raised in the health freedom community in early 2005 when, along with Rima Laibow, Stubblebine launched the website of the Natural Solutions Foundation and began to promote himself as an expert on Codex Alimentarius.

However, for a man who had previously held several senior posts in US Army Intelligence, and who as such would be acutely aware of the need to ensure accuracy in the gathering of information, it quickly became apparent to experienced health freedom observers that Stubblebine either hadn’t done his homework properly, or that he and Laibow were intentionally spreading inaccurate and misleading material on Codex and other related dietary supplement issues via their website and press releases. Moreover, despite repeated concerns being expressed by more experienced health freedom observers, Stubblebine and Laibow continued to disseminate this material, and pointedly ignored requests to remove it from their website.

The inaccuracy of their written output on Codex reached a new high in July 2005, when, following the adoption by the Codex Alimentarius Commission of restrictive new global guidelines for vitamin and mineral supplements, Stubblebine and Laibow announced that a miracle had taken place at the Commission’s meeting. While the health freedom community looked on in astonishment, Stubblebine and Laibow went on to claim that during the meeting a World Health Organization (WHO) Under Secretary for Food Safety had spoken “sternly, sharply and scathingly of the fact that little contribution to human health had been made by Codex” and that WHO had stated that “things would be different in the future”. Of course, the Dr. Rath Health Foundation later proved, definitively, that these assertions were largely either mistaken or exaggerated; however this unfortunately didn’t stem what was by then becoming a growing tide of inaccuracy flowing from Stubblebine and Laibow.

Next, for example, following a meeting of the Codex Committee on Food Labelling that took place in Ottawa, Canada in May 2006, Stubblebine claimed that the meeting’s outcome was a “Stunning Victory” for health freedom, despite the fact that such an assertion had absolutely no basis in fact, as proven by the Dr. Rath Health Foundation and confirmed by other experienced observers who were present at the meeting, including even the Natural Solutions Foundation’s own legal council.

Perhaps not surprisingly therefore, Stubblebine did not take kindly to being repeatedly exposed in this way, and subsequently confronted Paul Anthony Taylor at the July 2006 meeting of the Codex Alimentarius Commission, in Geneva. Paul’s summary of this encounter follows below:

Immediately after the close of the meeting Bert Stubblebine approached me and positioned himself so that I could not easily walk away. His manner was somewhat aggressive, and at one point I had to tell him that there was no need to shout, as his raised voice and threatening manner were beginning to attract the attention of other delegates. He claimed that the subject of his anger was the Foundation’s Codex meeting in Ottawa article, as well as the Miracle in Rome? and Be Wary of the Instant Experts articles that had recently been revised to include his and Rima Laibow’s names. He asked me whether I wrote these articles, and I answered that the decision to name him in them was taken by the Executive Board of the Dr. Rath Health Foundation. In turn, I asked him whether he disagreed with any of the factual corrections that the Dr. Rath Health Foundation had published regarding the fictional nature of material put out by his organization, and, if so, which ones? “All of them”, he answered. 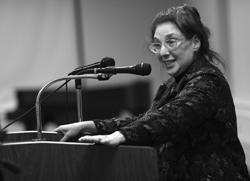 By this point we had been joined by his wife, Rima Laibow, who, seemingly white with anger, proceeded to ask me some of the same questions that Bert had just asked me. I therefore told her that I had just answered these same questions to Bert, and that as such I saw no need to answer them again. Rima then proceeded to ask me “Who are the Executive Board of the Dr. Rath Health Foundation?”, and I told her that the relevant names could all be found on the Foundation’s website. At this they both about-turned and stormed off, and Rima muttered something whilst they were walking away to the effect that they would find that information very interesting.

Is Albert Stubblebine “the very model of a modern Major-General”? We’ll leave you to make up your own minds on that one, and can only but wonder what Gilbert and Sullivan might have made of him. One thing is for sure however, in that the fictional Major-General in “The Pirates of Penzance”, with his “pretty taste for paradox”, would probably find a man with a background in the Intelligence Community, but who can’t seem to get his facts right, most interesting indeed.