2008: A Bad Year for the GM Multinationals 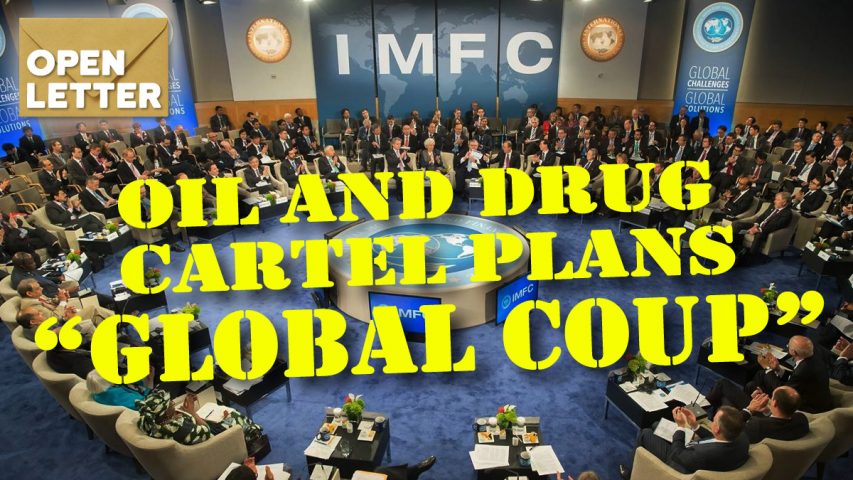 After the American people voted “Change” for their country and the world, the global “Status Quo” retaliates: At G-20 Finance Conference in New York on 11/15 it plans “New World Order” to derail the Obama government.

Revenge of the Status Quo

The victory of the movement of change in the US elections threatens the global status quo and its economic base – the oil and drug cartel. The sympathy and hope that unites people around the world with president-elect Obama poses an even bigger threat to them: a global domino effect encouraging peoples around the world to challenge these global interests.

In his last days of power, George Bush – together with Sarkozy, Merkel and other foreign cartel stakeholders – are trying to orchestrate through the International Monetary Fund (IMF) what amounts not just to a coup d’etat, but to a “global coup”. The exposure of this coup in this newspaper will render these plans void and help the movement of change to go forward.

The goals of this coup are as follows:

These goals are pursued under the pretext of an economic crisis, advocacy for the developing world – and all before the Obama administration even takes office.

For about a century the rule of the oil and drug cartel was compatible with democracy. But the oil business could last only as long as renewable energies were hidden from the public. Four decades ago, the space age began with rockets propelled by hydrogen (water) energy – but we never learned that this energy can also run cars, heat houses and light cities.

Similarly, the drug investment business – which thrives on expanding diseases as markets for patented drugs – could only exist so long as it was hidden behind false promises of cures. In the 21st century, these fraudulent business models – the status quo’s economic base – are no longer compatible with democracy. The IMF coup is designed to defend this status quo.

With such a frontal attack on the movement of change, this movement has the right to know who the instigators of the global coup are. In short, they are the political figureheads of some of the largest drug exporting nations:

New Hideout of the Cartel

All these activities were coordinated from the new “hideout” of the oil and drug cartel: the “Brussels EU.” A closer look reveals the quasi-dictatorial nature of this construct. The decision taking body, the “EU Commission,” is not democratically elected, but appointed. Its members are “selected” to serve corporate interests. In contrast, the EU Parliament – portrayed as the guarantor of democracy – has merely consultative status and neither legislative nor executive powers. It serves as a fig-leaf for the quasi-dictatorial “Brussels EU.”

The first mention of such a pan-European cartel organization appeared in the plans of the Nazi/IG Farben coalition for a post-WWII Europe contolled by them. IG Farben was the infamous oil and drug cartel that had financed the rise of the Nazis to power and the preparations for WWII, in search of world conquest. Details are documented in US Senate records. By exposing to the world this coup against the movement of change – and the role the Brussels EU played in it – this cartel hideout can no longer survive in a democratic world.

Some of the most important documents to study the history of the oil and drug cartel are the records from the 1945 US Congress hearing about its role behind WWII (www.profit-over-life.org/farben-hearings). Even more amazing is the fact that these records have been hidden away from the public for more than 6 decades. There is only one explanation for that: These globally operating interests have not given up their plans for world control, as testified on this page. Making these US-Congress documents part of history lessons in every school is a precondition for the movement of change to reach its long term goals.