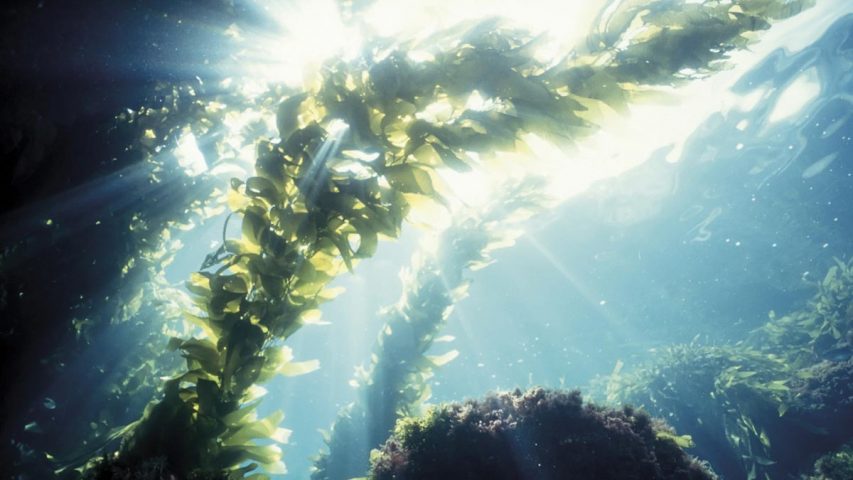 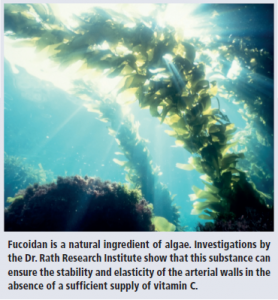 Cardiovascular diseases, including heart attacks and strokes, result in more than 17 million fatalities each year and continue to be the leading causes of death worldwide. Cardiovascular disease (CVD) manifests as atherosclerosis, high cholesterol, high blood pressure, arrhythmia, and heart failure and has many more symptoms affecting the heart and blood vessels. Additionally, other metabolic diseases such as obesity and diabetes further increase the risk of CVD.

Dr. Rath introduced the groundbreaking concept of a “Scurvy-vitamin C-heart disease” connection over two decades ago. Humans, apes, guinea pigs, and fruit bats are the only species that cannot produce their own vitamin C. This revolutionary concept was published in the Journal of Orthomolecular Medicine¹ in 1991 and includes a description of natural adaptive mechanisms, developed during the evolutionary process, that are necessary for survival of the human race during periods of an insufficient supply of vitamin C. According to Dr. Rath a chronic deficiency of vitamin C tends to damage the blood vessel walls. This triggers a biological “repair” mechanism in the body in which cholesterol-carrying lipoproteins deposit in the artery walls to protect the arteries from rupturing. Over time, this “repair” process can lead to a buildup of atherosclerotic plaque. The most effective “repair” molecule is lipoprotein (a) [Lp(a)], which has “sticky” properties that render it effective for patching up the artery walls. Due to its unique structure, Lp(a) can act as a substitute for vitamin C that protects the integrity of the blood vessels during times of vitamin C deficiency and the possible development of scurvy.

During the Ice Ages food rich in vitamin C was scarce. Since human settlements were concentrated alongside water our ancestors had access to seaweed and other marine plants, which are rich sources of vitamins, minerals, and anti-oxidants. Therefore, we became interested in analyzing some of the components of seaweed for their vascular wall strengthening properties. Seaweed is a very good source of vitamin D, iodine, and omega-3 fatty acids and it also contains some vitamin C. In addition, it contains Fucoidan, a polysaccharide that is being researched for its role in strengthening immune function, as well as its effects on cardiovascular health and preventing cancer. Fucoidan is additionally being studied in metabolic syndrome as it may affect glucose and insulin levels, and also lower triglycerides and blood pressure.

In a recent study, we investigated the effects of fucoidan on the synthesis of extracellular matrix components as a possible temporary substitute for vitamin C in maintaining the structural integrity of blood vessel walls². The results of this study indicated that the addition, without ascorbate, of fucoidan to the cultured aortic smooth muscle cells caused a significant increase in the deposition of collagen to the extracellular matrix. This implies that this compound has an additional function in strengthening the blood vessel walls that is similar to the action of ascorbic acid, thus meaning that fucoidan could be a possible auxiliary nutrient during periods of temporary deficiency in vitamin C.

These findings mark an important addition to the science supporting Dr. Rath’s theory of the scurvyvitamin C-heart disease connection. As humans lost their ability to manufacture their own vitamin C, nature helped with an internal adaptation by producing Lp(a) to provide the temporary structural support necessary to support the blood vessels and the entire cardiovascular system. In addition to Lp(a), nature also provided multiple vitamin C substitutes, such as fucoidan from seaweed, to ensure survival of the human race during harsh climactic periods.

Today, millions of people are suffering from atherosclerosis due to a chronic insufficiency of vitamin C. The artificial reduction of blood cholesterol with cholesterol-lowering prescription medicines has not been successful in alleviating this problem. In earlier centuries, fucoidan in seaweed serving as a temporary substitute for vitamin C could possibly have saved thousands of people from dying of scurvy. As such, it could similarly save millions today from dying of atherosclerotic cardiovascular disease.