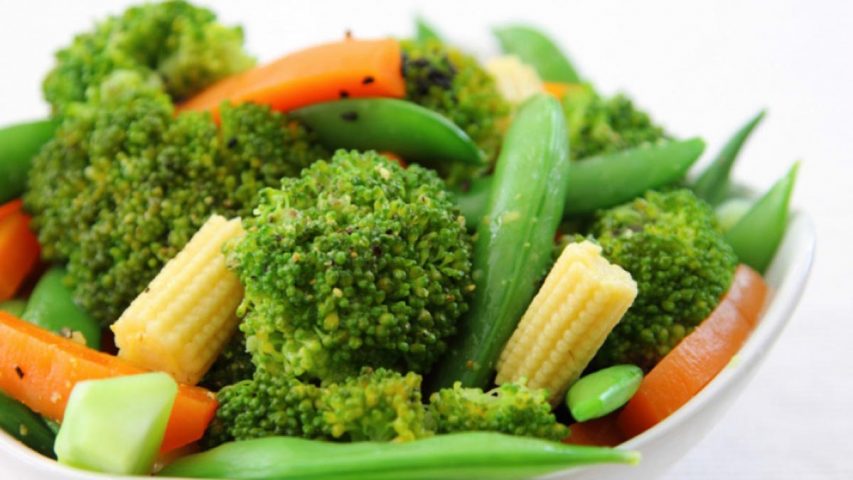 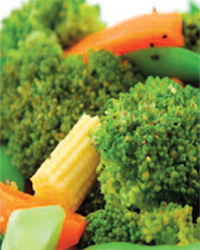 Cruciferous vegetables are rich in glucosinolates and further biologically active plant substances. Their health benefits include protection against cancer and many other diseases.

However, there is a large discrepancy between these daily recommendations and the actual consumption. In the U.S. only about 20% of people consume these amounts of fruits and vegetables daily. In Europe the World Health Organization estimates that fruit and vegetable consumption is lower than 400 g per day in over half of the countries, and less than 300 g per day in most others1. These estimates often include vegetables contained in processed food. Eating fruits and vegetables has important health benefits and is associated with a decreased risk of several chronic diseases including cardiovascular disease, cancer, diabetes and hypertension.

Cruciferous vegetables such as broccoli, Brussels sprouts, cabbage, cauliflower, chard, kale, mustard greens and turnips are high in dietary fiber, as well as also in vitamins and minerals including potassium, calcium, selenium, iron, vitamins A and C and other phytochemical compounds. For example, the carotenoids present in carrots are powerful phytochemicals with strong antioxidant properties important for healthy skin, eyes and cardiovascular protection. It should be noted that the active compounds from cruciferous vegetables are released during their preparation (chopping, shredding, etc.) and most of their nutritive value is lost during cooking.

Antioxidant properties, the ability to inhibit tumor growth and induce apoptosis, and detoxification of pro-carcinogens are some of the key mechanisms via which cruciferous vegetable extracts provide protection against cancers. In fact, high intakes of these vegetables have been associated with lower risk of cancers, including those of the colon, lung and pancreas, as well as hormone dependent breast and prostate cancers.

The somewhat sharp and pungent taste associated with cruciferous vegetables is due to a sulphur compound called glucosinolates. Sulforaphane is one of the most studied components due to its antioxidant and anti-cancer activity. Studies have reported that it can reduce the growth of cancer cells and induce their death in leukemia patients2.

Our research institute has conducted studies in cancer using a combination of extracts from various cruciferous vegetables, e.g., cabbage, cauliflower, broccoli, carrots and other plant-derived compounds such as quercetin, curcumin, resveratrol and green tea. It is well known that melanoma is an extremely aggressive cancer. In one of the studies3 using melanoma cells, we observed that the phytonutrient combination was able to inhibit the growth of the melanoma cells by 80% at very low concentrations of 25μg/ml and that it induced cancer cell death (apoptosis). This combination also completely blocked the matrix metalloproteinase (MMP) enzymes, which facilitate the spread (metastasis) of melanoma and other cancers to vital organs such as the liver, lungs, bones and brain. More studies with this nutrient combination will be available soon.

In addition to their strong anti-cancer actions, phytochemical compounds in cruciferous vegetables are also being explored for their benefits in diabetic neuropathy, Alzheimer’s and Parkinson’s disease, and brain injury. Considering their strong anticancer, antioxidant and anti-inflammatory effects, all the colorful cruciferous vegetables should become a part of our daily diet.