The Worst Is Still To Come

George Bush, Do Not Attack Iran In Order To Pass Your Patriot Act! 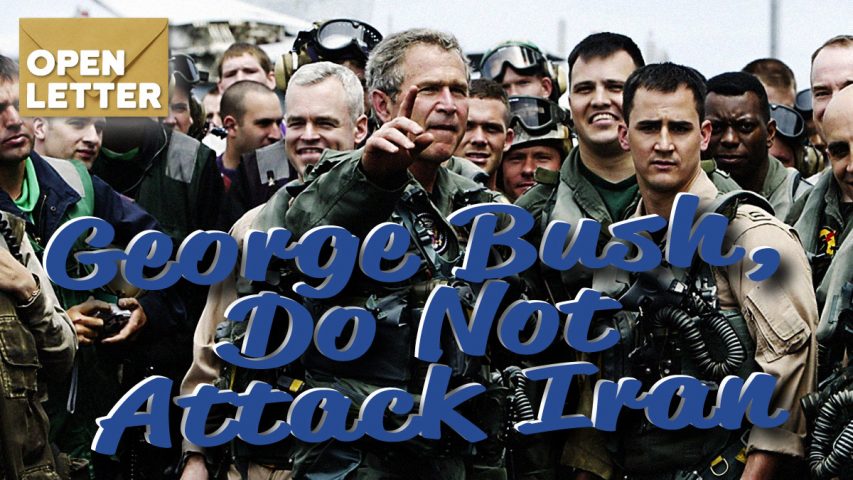 Corporate Interests Are Destroying Our Democracy

Never before in US History were civil rights violated and democratic rights destroyed so systematically as today. Phone calls, e-mails, bank accounts and even patient records are being spied upon – authorized by the man who was sworn into office to be the first to protect the Constitution – the President. All this happens under the pretense of fighting ‘terrorism.’ If this is so, why has the Bush Administration deceived the American people about ‘September 11’ and the war on Iraq? Or is there another agenda behind the destruction of democracy in America? Of course, there is.

The pharmaceutical industry promises health, but its entire business is based on the promotion of diseases. Class action lawsuits against Vioxx and other drugs are beginning to expose this fraud. Now an NIH study shows that the answer to the entire cancer epidemic is not the multi-billion dollar business with ‘chemo’-therapy, but effective safe and affordable vitamins.

To prevent their demise, the drug industry became the largest donor of Bush’s election campaigns. His task: protect the continuation of its multibillion dollar global health fraud.

The Patriot Act – The Key Tool to Abolish Democracy in America 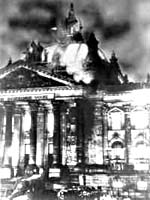 The destruction by arson of the German Parliament “Reichstag” was abused to pass the German ‘Patriot Act’ of 1933. Democracy was abolished on behalf of the largest oil and drug cartel of that time – consisting of Bayer, BASF and Hoechst (‘IG Farben’).

The key tool to allow the continuation of the pharmaceutical fraud against the health and life interests of 280 million Americans is the socalled ‘Patriot Act.’ It lends dictatorial powers to the executive branch, i.e. the Bush Administration. And the drug industry needs these powers not only to cover their fraud for now – but forever.

This is why Bush is putting up the battle of his Presidency to make the Patriot Act indefinite! With that step the pharmaceutical drug cartel would be cementing its reign forever – from within the White House.

To Pass the Patriot Act, the Drug Cartel Needs a Global War!

Considering the growing distrust of George Bush by the American people, the ‘Patriot Act’ will not be passed indefinitely – unless a global state of terror and fear is created that surpasses the horror of 9/11 by an order of magnitude. This can only be achieved by the use of weapons of mass destruction against Iran or any other country. This unimaginable scenario would serve as the pretense to pass the Patriot Act without significant opposition. George Bush just needs to copy the events of 1933 in Germany.

Do you really want to watch this happen?