Potential beneficiaries for whom these web pages were built 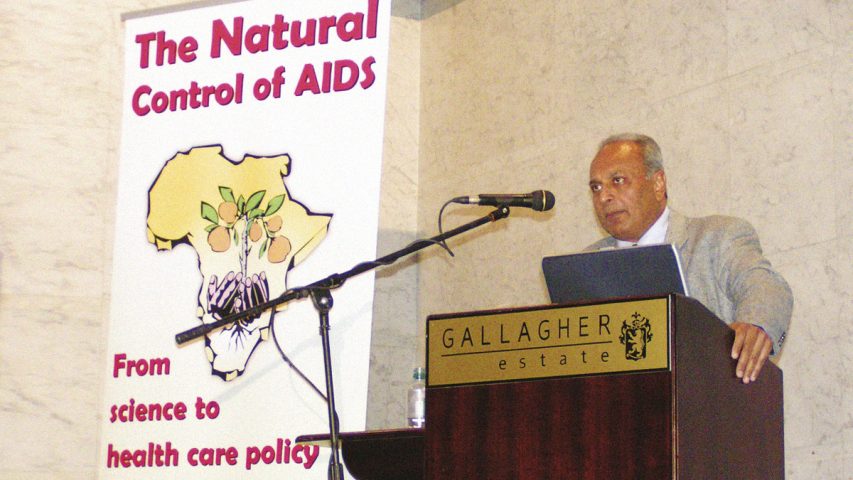 Raxit Jariwalla is a Senior Researcher and Head of nutrition and infectious diseases at the Dr. Rath Research Institute. He was formerly head of the virology and immunodeficiency program at the Linus Pauling Institute and then worked as a principal research investigator of viral, immune and metabolic diseases at the California Institute for Medical Research.

His expertise is in virology, immunology and the science of nutrition and the specific application of nutritional supplementation to modulation of immune function, viral infection and tumor growth. He is a pioneer in the discovery of the role of vitamin C in suppressing the AIDS virus, and in 1990, while at the Linus Pauling Institute, he, along with a colleague and the late Dr. Linus Pauling published their research on the subject. To date, Dr. Jariwalla has over 30 peer-reviewed publications in journals & books and he is known worldwide as a leading researcher on the action of micronutrients in HIV infection & AIDS.

Jariwalla obtained his PhD in Microbiology from the Medical College of Wisconsin, researching the body’s natural anti-viral agent, interferon. He received his post-doctoral training in tumor virology and cancer research at the Johns Hopkins University where he conducted studies on mechanisms of cell transformation and cancer induction by human herpes viruses and their transforming DNA sequences.

While at the Linus Pauling Institute, he initiated studies into the role of vitamins and nutrients in the suppression of virus infection and cancer. Jariwalla and his colleagues were among the first to show that biological antioxidants such as ascorbic acid (vitamin C) and N-acetyl-cysteine (NAC) were effective in blocking virus multiplication in chronically and latently infected cells. They were also among the first to demonstrate anti-cancer activity within plant-derived phytonutrients, such as inositol hexaphosphate or IP6.

More recently, while at the California Institute for Medical Research, Dr. Jariwalla in collaboration with clinicians, researched alpha-lipoic acid in AIDS, demonstrating enhancement in blood levels of the major antioxidant glutathione and improvement in lymphocyte function. He and his colleagues also investigated the anticancer activity of organic selenium derivatives, demonstrating selective killing of tumor cells by naturally occurring compounds containing this important trace element.

At the Dr. Rath Research Institute, Dr. Jariwalla has continued his interest in studies on nutrition and infectious diseases. He and his colleagues have been researching the role of micronutrients and nutrient formulas in the natural control of AIDS and influenza.