Our Body Shows Us How to Fight Cancer – Part 1

Not enough new antibiotics are being developed to combat lethal drug resistance, warns WHO

Our Body Shows Us How to Fight Cancer – Part 2 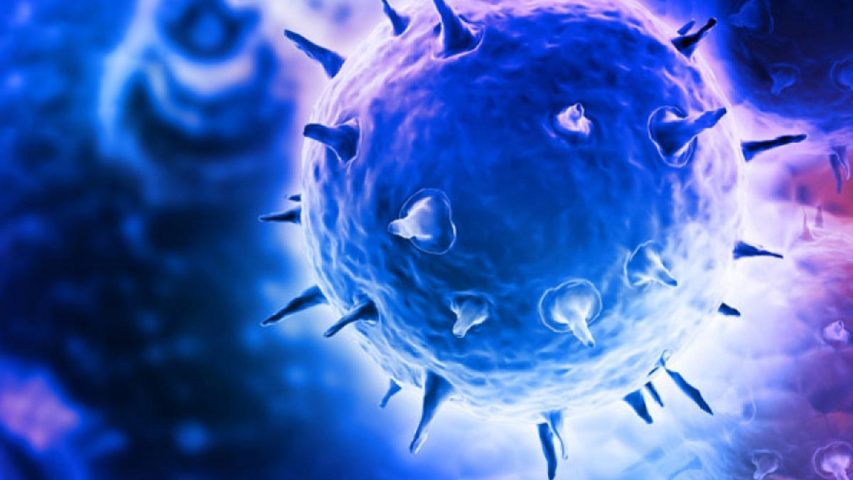 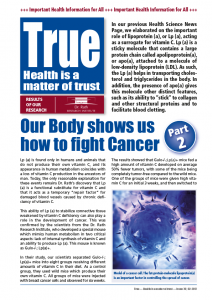 In our previous Health Science News Page, we elaborated on the important role of lipoprotein (a), or Lp (a), acting as a surrogate for vitamin C. Lp (a) is a sticky molecule that contains a large protein chain called apolipoprotein(a), or apo(a), attached to a molecule of low-density lipoprotein (LDL). As such, the Lp (a) helps in transporting cholesterol and triglycerides in the body. In addition, the presence of apo(a) gives this molecule other distinct features, such as its ability to “stick” to collagen and other structural proteins and to facilitate blood clotting.

Lp (a) is found only in humans and animals that do not produce their own vitamin C, and its appearance in human metabolism coincides with a loss of vitamin C production in the ancestors of man. Today, the only reasonable explanation for these events remains Dr. Rath’s discovery that Lp (a) is a functional substitute for vitamin C and that it acts as a temporary “repair factor” for damaged blood vessels caused by chronic deficiency of vitamin C.

This ability of Lp (a) to stabilize connective tissue weakened by vitamin C deficiency can also play a role in the development of cancer. This was confirmed by the scientists from the Dr. Rath Research Institute, who developed a special mouse which mimics human metabolism in two critical aspects: lack of internal synthesis of vitamin C and an ability to produce Lp (a). This mouse is known as Gulo-/-; Lp(a)+.

In their study, our scientists separated Gulo-/-; Lp(a)+ mice into eight groups receiving different amounts of vitamin C in their diet. As a control group, they used wild mice which produce their own vitamin C. All groups of mice were injected with breast cancer cells and observed for six weeks.

The results showed that Gulo-/-;Lp(a)+ mice fed a high amount of vitamin C developed on average 50% fewer tumors, with some of the mice being completely tumor-free compared to the wild mice. One of the groups of mice were given high vitamin C for an initial 3 weeks, and then switched to a low vitamin C dose for the next 3 weeks of the experiment. We observed that the higher intake of vitamin C was especially important during the initial stages of tumor progression, as the impaired tumor growth persisted even after 3 weeks when the diet was switched to low vitamin C for the following 3-week period. Moreover, cancer metastasis to the lungs was significantly reduced in the mice receiving high amounts of vitamin C. The number of lung nodules in these mice was reduced by 90% and lung weight by over 50%. The Lp (a) was abundantly accumulating in the core of the tumors that developed in the Gulo-/-; Lp(a)+ mice, characterized by high necrotic activity.

In general, the mice that had higher Lp (a) blood levels had 30-60% reduction in primary tumors and a decreased potential to metastasize. In the mice showing higher concentration of Lp (a), additional supplementation of vitamin C further reduced the metastasis, suggesting that vitamin C plays a critical role in inhibition of metastasis similar to Lp (a). Our previous studies have emphasized the importance of strong connective tissue and extracellular matrix (ECM) in preventing metastasis. Therefore, according to the results of this study, we found that a higher concentration of Lp (a) within the tumor and surrounding areas must be the body’s response for strengthening the ECM and collagen fibers to prevent cancer metastasis.

It is well documented that cancer patients have very low levels of vitamin C in their blood. On the other hand, cancer patients have higher Lp (a) blood levels compared to healthy people. Our study shed a new light on the role of Lp (a) in cancer, confirming that it is a factor contributing to a decreased development of primary tumors and metastasis, thus suggesting that, similar to vitamin C, Lp (a) is a “stability” factor for the impaired connective tissue associated with malignancy.

Our Body Shows Us How to Fight Cancer – Part 1