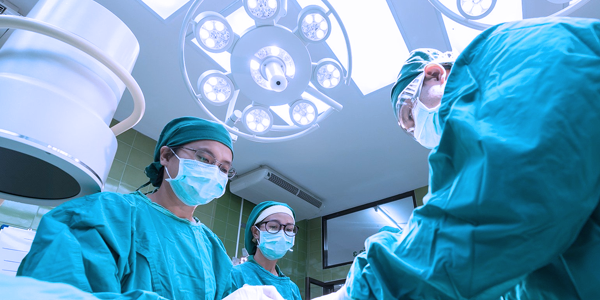 In five controlled trials involving 471 critically ill patients requiring mechanical ventilation for over 10 hours, vitamin C shortened necessary ventilation time by an average of 25 percent, according to a meta-analysis published in the Journal of Intensive Care.

Even in conventional medicine circles there is now a growing interest in the use of vitamin C for the treatment of disease. Just recently, for example, the United States National Cancer Institute published an article on intravenous high-dose vitamin C in cancer therapy. Discussing the use of vitamin C, the authors noted that high plasma concentrations have been shown to kill cancer cells. They also described how “over the past decade, there have been an increased number of phase I/II clinical trials and case reports testing the safety and efficacy of high dose vitamin C as a treatment for various cancer patients.” The article concluded that “given the current high financial cost of new cancer drugs, it seems rational to improve the effectiveness of current therapies by studying their clinical interactions with vitamin C” and that “the implementation of this treatment paradigm could provide benefit to many cancer patients.”

A similar change in clinical thinking is underway in the treatment of sepsis. A life-threatening condition, sepsis occurs when an infection gets out of control and triggers an overwhelming immune response. This can potentially lead to organ failure, amputations, and death. Responsible for up to 8 million deaths globally each year, sepsis is the leading cause of death among hospitalized patients. With over 100 clinical drug trials failing to improve outcomes for sepsis patients over the last 3 decades, an approach using a synergistic combination of vitamin C, vitamin B1, and the hormone hydrocortisone is showing remarkable results.

Developed by Dr. Paul Marik, an intensive-care physician at the Eastern Virginia Medical School in Norfolk, Virginia, in the United States, the treatment involves giving the vitamins and hormone intravenously. In a study published in the journal Chest in 2017, Marik and his colleagues describe how their approach resulted in just 4 deaths among the 47 patients who received it. An inspiring video featuring some of the team’s nurses recounts how the treatment has proved so effective that dying patients improve within 12 hours and go on to make full recoveries. To learn more about Dr. Marik’s use of vitamin C to treat sepsis, read this interview we did with him in 2018.