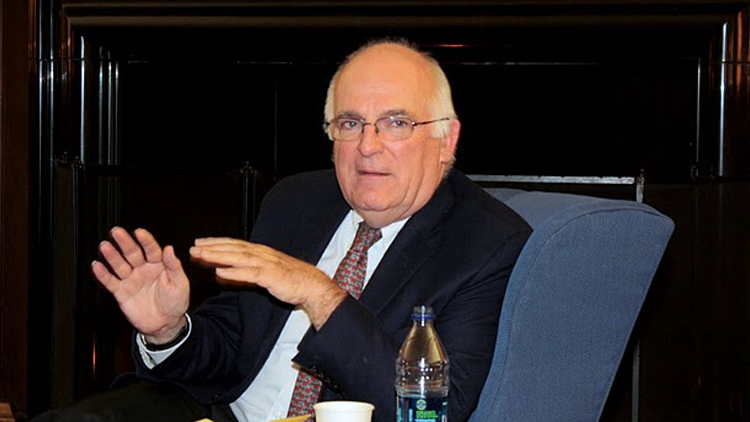 “Sir Richard Dearlove, a former head of MI6, the UK’s Secret Intelligence Service, says he has seen an “important” new scientific report suggesting the coronavirus was created by Chinese scientists and that it escaped from a laboratory.” [Source: Daily Telegraph (UK)]

A growing number of scientists now believe that the coronavirus may have been created in a laboratory. Significantly, they now include Professor Luc Montagnier, the French scientist who shared the 2008 Nobel Prize in Medicine for discovery of the human immunodeficiency virus (HIV). In a recent interview on the CNews channel in France, Montagnier asserted that the virus had been designed by molecular biologists. Stating that it contains genetic elements of HIV, he insisted its characteristics could not have arisen naturally.

On 31 January 2020, a research group from India published a paper similarly suggesting that aspects of the coronavirus bore an “uncanny similarity” to HIV. Taken together, the researchers said their findings suggested the virus had an “unconventional evolution” and that further investigation was warranted. While the researchers subsequently retracted their paper, Professor Montagnier revealed in his CNews channel interview that they had been “forced” to do so.

In February 2020, a research paper published by scientists from South China University of Technology suggested the virus “probably” came from a laboratory in Wuhan, the city where it was first identified. Significantly, one of the research facilities cited in this paper, the Wuhan National Biosafety Laboratory, is said to be the only lab in China that is designated for the study of highly dangerous pathogens such as Ebola and SARS. Prior to the opening of this laboratory in 2018, biosafety experts and scientists from the United States had expressed concerns that a virus could escape from it. As with the paper published by the Indian researchers, however, the Chinese scientists’ paper has similarly been withdrawn.

To read how a team of Australian researchers has recently produced scientific evidence that the coronavirus may have been created in a laboratory, see this article on our website.