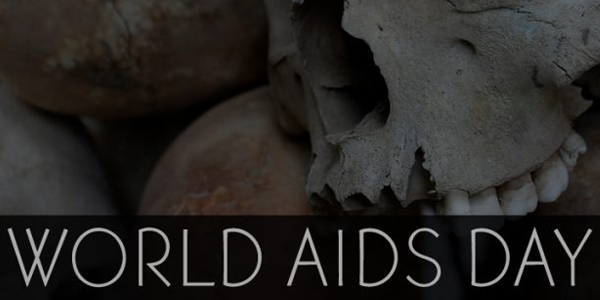 World AIDS Day 2019 was held on Sunday 1st December. At the end of 2018 a total of 37.9 million people worldwide were living with HIV.

A total of 38 years has now passed since AIDS was first clinically observed in the United States in 1981. For most of that time, the medical establishment has failed to recognize that HIV infection and AIDS are linked to nutritional deficiencies. Still unknown to millions of doctors and patients alike, studies published in peer-reviewed scientific journals demonstrate that nutrition, including proper vitamin and micronutrient supplementation, can help to arrest the deterioration of patients with HIV, delay the onset of AIDS and, by increasing CD4 count and reducing viral load, reverse the progression of the disease.

What these studies confirm, of course, is that Dr. Rath has been right all along. Back in 2005, when Dr. Rath first announced that HIV and AIDS could be controlled naturally, he quickly became subject to widespread attacks. The reason for these attacks was obvious, of course: HIV and AIDS are multibillion-dollar markets for the Pharma Cartel. As such, lifesaving scientific information about natural non-patentable vitamin therapies represents a threat both to the Cartel’s profits and the illusion that ARV drugs can cure AIDS.

To read how a study published in 2013 in the Journal of the American Medical Association, one of the world’s leading medical publications, supports Dr. Rath’s scientific findings on the natural control of HIV/AIDS, read this article on our website.

To learn how Dr. Luc Montagnier – recipient of the 2008 Nobel Prize in Medicine for the discovery of HIV – has spoken out for nutrition and micronutrients in the fight against HIV/AIDS, see this page on our website and watch the video containing excerpts from his revealing interview in the 2009 AIDS documentary ‘House of Numbers’.